How We Do What We Do

Brewing is the biochemical process of converting carbohydrates in cereals to alcohol by fermentation. The most common cereal used in brewing is malted barley. The brewing process begins by mixing milled malt with warm water to produce a porridge-like product called mash.

Natural enzymes (proteins) in the mash convert starch into sweet sugars. Once this process is complete, the sweet sugary liquid, called wort, is separated from the leftover grains. These grains are a by-product and are collected each day by a local farmer to be used as animal feed. The wort is then boiled for 90 minutes and hops are added to the beer at this time.

Hops add bitterness and aroma to beer which is used as a balance against the malt sweetness. The wort is then cooled and transferred into a fermenting vessel where yeast is introduced. Yeast, a living organism, consumes the sugary wort so that it can grow and reproduce. The yeast also produces alcohol and carbon dioxide (which gives beer its fizziness) when growing in the beer.

Fermentation and maturation take approximately four weeks and once this process ends the yeast is separated from the beer. The beer is then ready to be filtered and packaged. 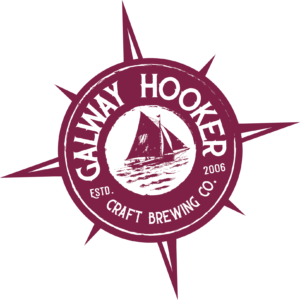